"We are a learning community, working together to provide a safe, caring and supportive environment.  Our learning journey will be creative, challenging and personalised...  to be the best we can."

Out to Play TT 21 —Look on our letters section to find out about the Out to Play Dates for TT 21!

Look on our letters section to find out about the Out to Play Dates for TT 21! 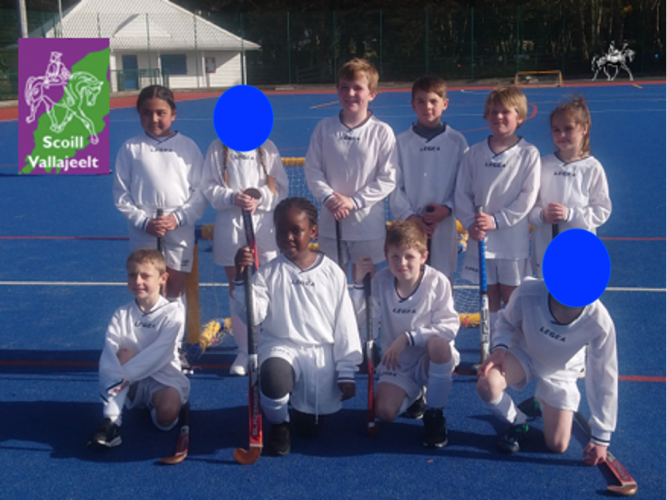 On the morning of 15th October 2020, a team of 10 children strong went to compete against the other Douglas South schools at the 2020 Primary School’s Eastern 1 Hockey Festival. This year it was organised as a ‘round robin’ competition so that we played all other local schools.

Having orientated ourselves on the NSC astro, our first game was against the mighty Henry’s Hurricanes. Playing our first competitive match was a challenge, and despite keeping the ball down their end of the field we only managed a draw.

Then we had the challenge of the Ballacottier Bandits, who were clearly formidable. They played a tight and slick game and despite some good moves by our children in attack, much of the game was played down our end, and it was very much a defensive game. We lost heavily 5-0.

With heads up, we went straight into our next game against St Thomas’ Tigers. Despite much roaring, the game went back and forth to both ends, and we came away with a 1-1 draw.

We then played St Mary’s B team, and suddenly found our feet a bit more. With tight defence and some well developed attacks, we managed to score 2 super goals, one from far out, coming away with our first win - yah!!

We then battled Noble Nomads, and with the taste of success, had our most successful game. keeping the ball firmly down their end we scored 5 goals, achieved by a number of our players.

Next we had a game against Willaston Wolves. We managed to dominate quite a lot of the play, but for some reason, many shots at goal went wide. In the dying minutes of the match we pulled off a stunning shot through the defender’s legs, to snatch a win, 1-0.

Our penultimate game was against the feline fury that was the Laxey Lions. Our team was buoyed up after their last few wins and they had lots of action down the Laxey end of the pitch and eventually managed to score, winning narrowly 1-0 despite many shots at goal.

Finally we played St Mary's A, which was our last game. They were slick and quickly scored, which was a shock! We played well and managed to frustrate their attacks, but most play was down our end. We scored a goal back after a strong break down the left wing, but then they immediately came back with another goal to end the game 2-1 to them.

The whole team played very well and certainly improved as they played each game, getting better at their positioning and awareness of game play. Our attacks were more effective and our defence worked well to stop potential goals, although inevitably some got through. We came third overall, narrowly missing advancing to the whole island finals. The team were fantastic ambassadors for our school, supportive and sensible throughout the competition. This was helped by super support from our fans: Mums, Dads, Nans and Grandads who came to cheer us on.